Where in the World is Mental Health Monday? 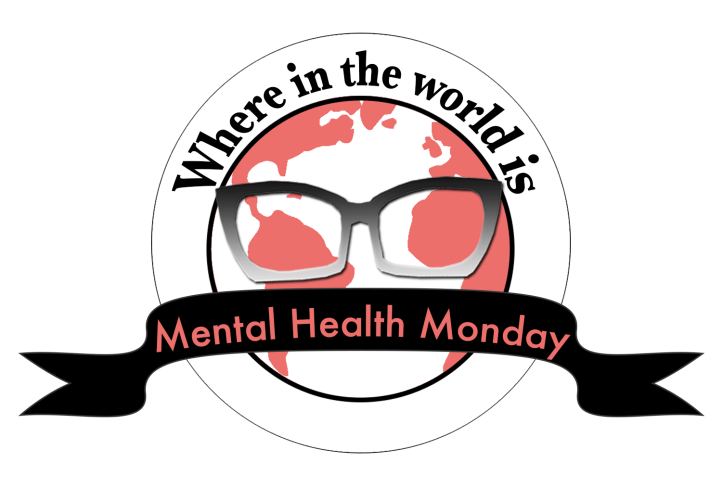 No, don’t worry, Mental Health Monday isn’t gone and will be picking back up starting with this post.

It’s been a while since I’ve last posted, and I’d like to give some insight as to why.

Today is a good day. I’m in a positive headspace, motivated and overall feeling good. But for the last few weeks, I’ve felt stressed and a bit down. I would sit down to start typing up a post, and I’d stare at the screen, typing a few sentences here and there, and realize an hour had past. I burned myself out. So I decided to focus on a few other things.

I spent time with my friends and boyfriend for a week, and I was hired on to freelance edit for two companies. I needed some time to get back into my groove, and the best way for me to do that was to get editing and surround myself with my favorite people. And in doing so, I let this blog drop to the bottom of my priorities, and for that, I’m sorry.

Sometimes, life can be overwhelming, and I was feeling a little overwhelmed. But my mental health vacation is over.

I’ve spent the last couple months exploring and explaining various mental illnesses and aspects of mental health (and there are many more to come!), but something I haven’t done is let you get to know the face behind MHM and have a little look into my own life.

I’m afraid of the dark

This might seem silly or childish, but the things that go bump in the night is the exact thing that keeps me awake. There’s something that happens when it’s completely dark and I have my eyes closed—I feel paranoid, like I’m being watched. If you’ve ever seen the movie “Light’s Out” or its short film predecessor, you might know what I’m talking about. That film’s plotline is my personal nightmare (it’s been weeks since I last saw it, and I still sleep with a light on.

My MBTI personality type is INFJ

I’m incredibly introverted, and I prefer to have time to myself as opposed to being around people for a long time. According to the Myers-Briggs Type Indicator (MBTI), a personality test that analyzes certain aspects of your personality and narrowing it down to one of 16 types, my type is INFJ.

INFJ stands for introversion (I), intuition (N), feeling (F) and judging (J). It is the least common of the 16 personality types; between 1 and 2 percent of people in the world are an INFJ.

“Seek meaning and connection in ideas, relationships, and material possessions. Want to understand what motivates people and are insightful about others. Conscientious and committed to their firm values. Develop a clear vision about how best to serve the common good. Organized and decisive in implementing their vision.”

If you’d like to find you MBTI personality type, you can take the test online.

Body positivity, among other societal issues, is something I’m passionate about and hits close to home. In spring 2016, I wrote a story for The Burr Magazine about my experience with fat shaming called “Your Body is a Weapon.”

When I was very little, my tonsils were too large for my body, and I had them removed. In the process, my thyroid was affected and is now underactive. This is called hypothyroidism, and one of the symptoms is having a lower metabolic rate, which causes a person to gain weight quickly and lose weight slowly.

I grew up hating my body, and sometimes, I still do. At 23, I am healthy, following a vegetarian diet and watching my nutrition intake, and I work out.

But that didn’t stop the ignorant guy who yelled “fat bitch” at me from across the street while I was in college.

Since when did “fat” and “skinny” become slurs and the punchline to a poor joke? Quite frankly, a person’s weight is none of your business. If you’re concerned about someone because of their weight and you know them personally, you can talk to them in private. If you’re making fun of someone because “he’s anorexic” or “she’s the fat girl,” please educate yourself on the effects of body shaming and bullying.

I love to craft

Crafting is one of my favorite pastimes, and it’s cathartic for me. Some of my projects take a couple hours, and others take multiple days. Here’s a little example of some of the projects I’ve done:

My memory is frighteningly accurate

Any time I’m in a group and we have to do icebreakers, my go-to fun fact has something to do with my memory, whether it’s listing the names of everyone whom I just met or reciting Hamlet’s famous soliloquy.

I have an easy time reciting and quoting people, remembering events down to the exact date and time and what the weather was like. Sometimes it’s a blessing, and sometimes it’s a curse.

One of my mottos is “Everyone needs a friend”

When my mom was a teenager, she was a bully. It wasn’t until she was older that she understand what bullying and cruelty does to people, and she reached out and apologized to the people she was mean to.

Because of my mom’s rooted beliefs in kindness and giving people a chance, I grew up forming loyal, long-lasting friendships, even standing up for and defending my friends when others were picking on them. And in turn, they did the same for me.

No one deserves to be alone.

Please remember, regardless of your personal or religious beliefs, regardless of gender, race or sexuality, behind all of that is a human person who has thoughts and feelings just like you do.

You don’t have to agree or understand each other to show a little kindness.

I write poetry and play guitar

I first started writing poetry when I was 9 and got my first guitar two years later. These two things rarely cross paths (I’ve written a couple songs over the years, but alas), but they’re hobbies that are close to my heart.

For fun, here’s a poem I wrote for my high school English class:

The tissue waits anxiously,
secured inside its box.
Up, blow, crinkle, throw
in the trash, filled with snot.

For most of January 2016, I was in and out of doctor’s offices. There was a stabbing pain in my side, and sometimes I would lie in bed for hours because it hurt too much to walk. This was the beginning of my final semester of college, and I remember walking across campus from the health center to Franklin Hall, where my journalism classes were taught, and I had to stop halfway and sit until my side stopped hurting enough to make it to my office in the building.

On February 1, one of my friends drove me to the ER, where I was tested for many things, including appendicitis, my gallbladder and whether I was having a gastrointestinal problem.

From what I understand, no one really understands what causes gluten intolerance, but oftentimes, it’s hereditary and can remain dormant until it’s triggered by stressors.

I have social anxiety

I feel tense and sick when I’m in large groups of people, and I feel anxious about meeting up with people.

At my worst, I’ll use avoidance techniques and say I’m tired or not feeling well. I did this often in high school because I didn’t understand how I was feeling and I didn’t know how to really help myself otherwise.

That’s not a health way to deal, and now, I work more to build myself up and push through. And I usually have a lot of fun!

Check out my previous post, “Protocols for Sadness,” for making a list of “to-dos” for when you’re feeling a loss of control.

I am not religious…

But I do have faith.

When I was younger, my mom handed me a bunch of books—“To Ride a Silver Broomstick” by Silver Ravenwolf and The Bible, for example—and said “Make your own decision.”

Religion has always been something I was interested in, but I haven’t found one that I relate to or identify with. This has caused many of my love ones to assume I’m an atheist, and that’s not right either.

My faith lies in things I believe to be true:

Hope keeps people alive.
Light always overcomes darkness.
Time heals all wounds.
Kindness goes a long way.
Forgiveness isn’t free, but you shouldn’t have to give up parts of yourself to receive it. You shouldn’t take parts of someone to give it.
There are forces greater than me that are out of my control.

I have a challenge for you this week: Meet someone who doesn’t look or talk like you. Be kind to each other. Be kind to those you don’t understand; don’t fear them. Everyone has at least one thing in common. We’re all human.

Submissions are still being accepted! Check out submission guidelines for more.